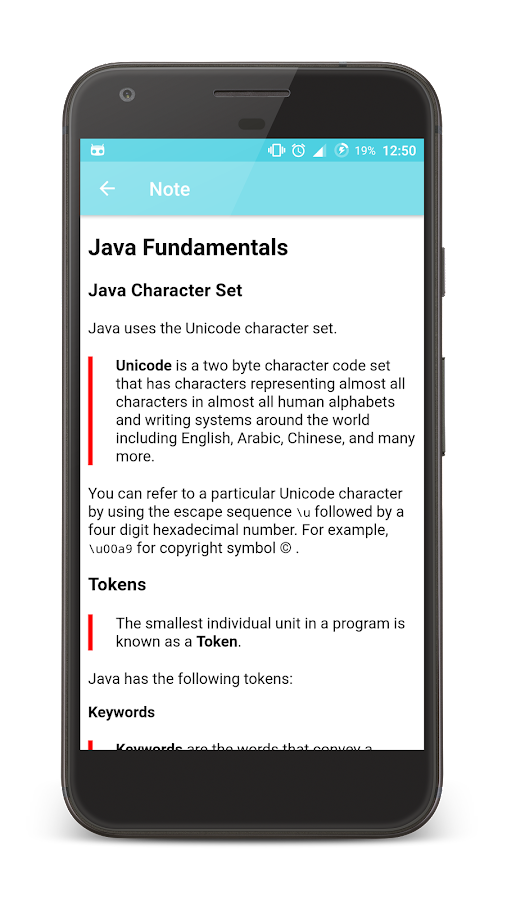 My first android app published in the Play Store. I wanted to learn something new after school was over so I started android development (since I already had experience with Java while in school). While I published the app I had no knowledge of web development or networking in general, as such the app is static and works completely offline.

As of 6th of April 2017 the app has gathered more than ten thousand downloads and has an average rating of 4.4 on the Google Play Store.

As the title suggests the app is focused on the Java Programming language. I wanted to build something to enable students to easily learn Java and prepare for exams. I first published the app in April 2016 with only a simple list of programs in Java, thereafter in November 2016 I published an update adding Notes, Quiz, FAQs and Syntax Highlighting and more Code samples.

I did not spend much time in marketing. Initially I shared the app with my friends and gathered few good ratings. Here is the Facebook post I shared for the version 1.

For the next big update I published another post on Facebook. In between I also posted in few programming related groups on facebook and people showed great support.